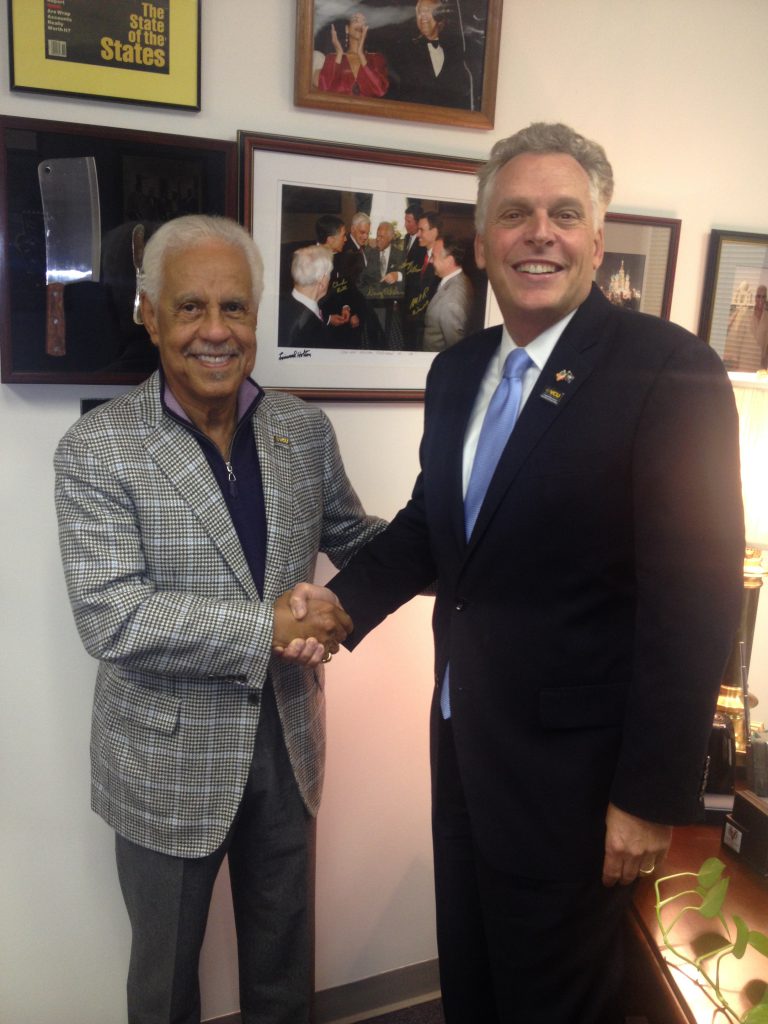 The election for governor in Virginia comes at a time when people are losing confidence in government at all levels. Cynicism and Pessimism are at an all time high. Terry McAuliffe’s not having served in any elected position is not a reason to reject his candidacy but to believe that it can be a positive. He has to know that he has to have trained and able minds to assist him in leading and guiding the state. He won’t be inheriting a poorly managed nor deficit ridden state. He can show that by appealing to and reaching out to all segments of our society, he can improve upon and make the necessary adjustments to move Virginia forward. Terry McAuliffe has reached out to the women of Virginia and made known his desire to make certain that we don’t turn back the clock of advancement and recognition of their cause, which is our cause as well. I applaud McAuliffe’s stand on the need for meaningful gun legislation and his willingness to take on the opponents.

I fully endorse his candidacy and look forward to campaigning for his election.