Is this why Obama won the Nobel Peace Prize? 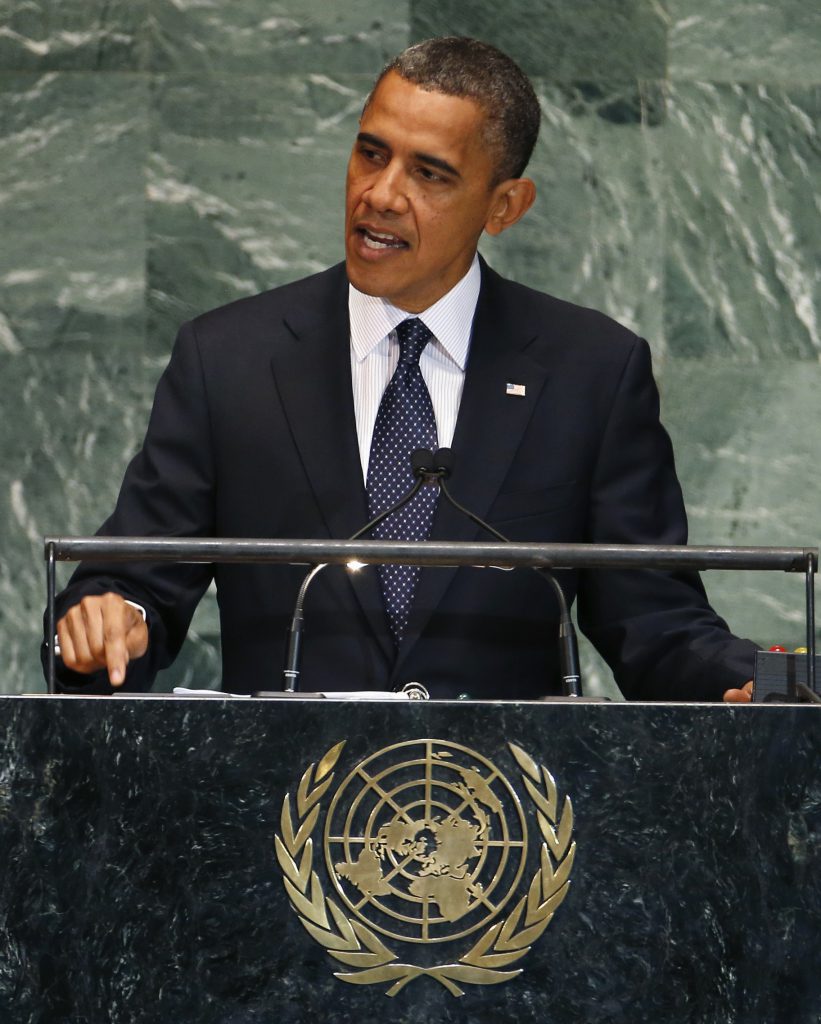 In December 2009 the world was treated to the unexpected news that President Barack Obama had been awarded the Nobel Peace Prize. Among those most surprised was Obama himself. Not many sitting American presidents have won the award. In fact, Obama was only the third.

Theodore Roosevelt was the first U.S. president to win a Nobel Peace Prize. The 26th president earned it the old fashioned way – with effort. Roosevelt’s journey to winning the 1906 prize began with his decision to put some teeth into the Court of Arbitration at The Hague, so that it would begin to serve its purpose of peacefully settling international disputes. The United States and Mexico submitted a dispute to the Court of Arbitration as an example to the world.

As other nations began to go seek resolution at the court, Roosevelt used this as an opportunity to call nations together to expand the ideals upon which it was founded. Russia, however, refused to participate — it was in the middle of a rather hot war with Japan.

Roosevelt wanted both nations to take part in strengthening the court, so he decided to do what many thought he could not: End the Russo-Japanese war himself. Roosevelt invited officials from both nations to the U.S. and served as mediator for peace talks. Within weeks, he negotiated a treaty that ended the war.

That is why he was honored with a Nobel Peace Prize.

Roosevelt was himself a noted military officer — he had gained national fame leading the Rough Riders in the Battle of San Juan Hill, the key battle of the Spanish-American War. He had been through combat, and used his time as president to help avoid armed conflict. And he did it with the type of leadership – American leadership — that would define the following century.

More than a century after Roosevelt accepted his peace prize, Obama accepted his. It was the beginning of his presidential term, but the Nobel committee had determined the new president demonstrated “extraordinary efforts to strengthen international diplomacy and cooperation between peoples.”

Was that sentiment premature? After what we have seen these past few weeks in relation to Syria, some have concluded it was. It is hard to argue against this.

The president said Tuesday in his address to the nation that the Syrians left him with no choice but to prepare to launch this military strike because he had exhausted all other diplomatic options. But was that really the case when Syria’s government leapt at the opportunity to avoid internationalizing its civil war after Russia — the center of what President Ronald Reagan rightly called the “Evil Empire” — submitted a simple, logical compromise to avoid a U.S. strike?

Did Obama allow a Russian regime, not known as an international peacemaker or peacekeeper, to pick up the mantle of Rooseveltian mediation? Did he allow Russian President Vladimir Putin the opportunity to become the savior who avoided international military conflict?

Some say “yes” — and that it was far from a highlight of the Obama administration’s foreign policy.

A Washington Post-ABC News poll released Monday showed 64 percent of Americans oppose a strike — even one the Obama administration designated as “limited.” One article citing that poll called the administration’s message on Syria “muddled.” That was a euphemistic way of describing how this proposed action in the Middle East had been presented to the American people.

We have been witness to a shocking lack of leadership as we found ourselves at the doorstep of military action. That is never the way an American president should lead the nation to the brink of war.

Obama won the presidency partly by campaigning against his predecessor for doing the exact same thing – essentially promising the nation a “splendid little war,” which instead seemed bound to either fail or turn into a decade-long slog.

Obama distinguished himself from Hillary Clinton, his chief rival for the Democratic nomination in 2008, using the same rationale. This was high among my reasons for endorsing him early and vigorously campaigning for him across the nation.

For Obama, past was becoming prologue before another nation – an incongruous peacemaking nation — stepped in to do what our president found himself incapable of doing.

That is not the American way known since the days of TR.

I have followed my country’s standard into battle, and on occasion have had others follow my lead. War should never be taken lightly. Generals don’t fight wars; they plan them for others to fight. Politicians neither plan nor fight, they merely authorize the tax dollars used for attack. The people fight the wars — the great common American man and woman who have shed so much blood protecting this globe for so long.

No one in Washington should forget that — least of all, this president.

The piece originally appeared on Reuters on September 11, 2013: http://blogs.reuters.com/great-debate/2013/09/11/is-this-why-obama-won-the-nobel-peace-prize/