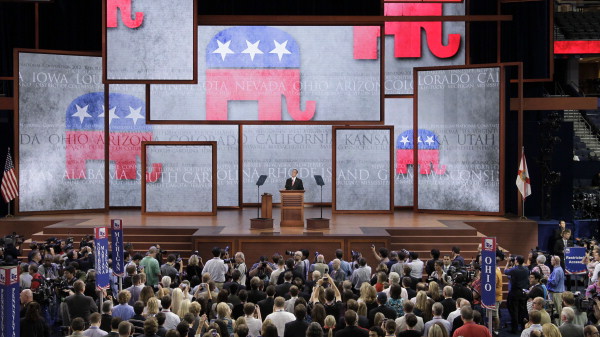 This November, Republicans lost a national election its rank and file had assumed for years they would win. They learned that expectations don’t win elections — votes do. And now they are left sitting in the wake of a second electoral defeat, trying to decide what to do next.

More precisely, the GOP is trying to figure out how to connect to an electorate that isn’t responding to its message anymore. The first thing the party should do is pay attention to what Democrats have gone through in the past.

The national Democratic Party found itself in the same position after the election of 1968. Democrats had won the previous two presidential elections, but after the turmoil that rocked the ’68 contest, it was obvious society was moving in a different direction. It also was clear that Richard Nixon and his GOP had settled upon a strategy — a Southern strategy — to capitalize on that change in a way that would allow them to win more votes.

To counter what was happening, the Democratic National Committee, shortly after the election, created what was formally called the Commission on Party Structure and Delegate Selection. In practical parlance, it became known as the McGovern Commission, after its chairman, South Dakota Sen. George McGovern. The stated purpose of the commission was to modernize how future Democratic presidential candidates were selected and to avoid the riots and intraparty division that tore the 1968 Chicago convention into tatters.

Its impact was bigger. The commission and the McGovern Rules it promulgated forever changed the nature of the Democratic Party as a whole and helped us in Virginia evolve into a new state party that led to significant electoral and governmental breakthroughs for women and minorities through the 1980s and beyond.

The McGovern Rules were wide reaching but most important for our purposes in Virginia were the requirements that (1) state parties broaden their efforts at inclusion of minorities and (2) put an end to insider control of state parties by calcified oligarchs.

In the Old Dominion, we — I was a state senator at the time — took advantage of the opportunity. We used the McGovern Rules to develop a strong bench of minorities who went on to serve in elective and appointive positions at the local, state and national levels. We included new voices in party and governmental policy making.

We began the process of making the Democratic Party look like the commonwealth it was seeking to serve. We made it more closely resemble Virginia.

A side effect of all that change was that a lot of people who were attached to the old order — in which a small number of people controlled all party and governmental operations — were either pushed out or aside.

And not all of the folks who did not feel comfortable in the changed Democratic Party were aligned with the crumbling conservative political machine of the late Democratic Sen. Harry Flood Byrd Sr. Some moderates — and even some minorities who could not understand or adjust to a Democratic Party with more modern views — left with the old Byrd Democrats.

All of those growing pains were to the delight of the Republican Party, which used the 1970s, when much of the change was taking place, to build a coalition that won the GOP a lot of elections in Virginia and throughout the country.

As the Democratic Party moved more to the left, some Democrats who considered themselves more moderate began to push back — Dick Gephardt, Al Gore, Bill Clinton, John Breaux and Virginia’s Chuck Robb were among them. They formed the Democratic Leadership Council.

To some, the creation of the DLC looked like the Democratic Party was at war with itself — but it actually was completing the puzzle. Those politicians who were seen and portrayed as centrists by the public and the media made it safe for moderate voters to return to supporting a Democratic Party that could be a home to progressives and moderates alike. Chuck Robb’s election as Virginia governor in 1981 was the first sign of what was possible when a candidate could attract a broad Democratic coalition, and that example led the way to Gerald Baliles following Robb as Virginia’s governor, then my election as governor in 1989. More than two decades later, Mark Warner and Tim Kaine are benefiting from the formula that was created.

Now, today’s Republicans find themselves in a position to need to retool — in Virginia and nationally. First, the party needs to recognize it needs a major overhaul and to figure out how to create its own broad coalition.

The American electorate is changing in fundamental ways. Barack Obama has done a good job of identifying that fact and harnessing that reality for his benefit. If the loyal opposition does not recognize and react to those circumstances, too, it should ready itself for a comfortable stroll through some wilderness years densely packed with mounting losses.

The voting populace is becoming more diverse, and women are staking out a more prominent role to reflect their long burgeoning numbers. If the GOP does not embrace that, it will not be competitive in the future.

So facing said reality, what was the Republicans’ out-of-the-box political maneuver following Obama’s reelection? To scream and cry that United Nations Ambassador Susan Rice is unacceptable and unqualified to serve as the nation’s secretary of state.

It is beyond comprehension to understand how attacking a well-educated, accomplished minority woman was a proper move in a political terrain that saw a president win reelection while winning only 39 percent of the white vote.

In a time when the votes of minorities and women are proving to be vitally important, using words like “unqualified” to dismiss Rice as a potential secretary of state is bad politics and just plain bad in general.

Rice was one of the first people I saw at the 2008 inaugural, and I predicted a bright future for her. I had occasion recently, when she spoke at Howard University, for which I am a member of the board of trustees, to chat with her again. She is a Stanford graduate and a Rhodes scholar — both of those sterling credentials shine through readily.

Susan Rice has the bona fides to serve as secretary of state.

Some Republicans have attacked the words and statements she used in the murky hours after the terrorist attack on the U.S. Consulate in Benghazi, Libya. They found their claims against Rice on those shores.

Rice said what she said as U.N. ambassador under a strategy created by the president and his foreign policy team — not out of her independent caprice. The probe into what happened in Libya needs to continue, and it must be thorough. American lives were lost and American lives are on the line. But that does not mean rhetorical slings and arrows are appropriate to throw at Rice.

Any issue should be directed at the administration’s policies — not at Rice personally. The very fact that the GOP does not seem to get that makes the party’s attacks on her seem retrograde. And they solidify in the minds of many voters as a perception that the GOP still is inhospitable to women and minorities. Will the GOP allow that view to harden in the electorate’s collective mind?

Where are the Republican Party’s methods for the inclusion of women and minorities — African-American voters, Hispanics and Asian-Americans? They don’t yet exist — to the delight of the Democrats.

And what of the tea party? Has it caused the GOP to support people who are antithetical to the people? Has it caused the party to nominate men and women who are obsessed with sex and sexuality, religion and drugs when the views of Americans are changing? Has it focused the party on issues during an hour of financial difficulty that do not affect the warp and woof of the men and women who struggle every day to live the American promise? Right now, it looks like the answer is “yes.”

How will the GOP remake itself in light of the public’s judgment?

In 2008, the public chose a man of African descent to become president of the United States. Some assumed it was a fluke that would be corrected four years later. We now know the 2008 election was not happenstance. As I have said before, once might be an aberration but twice is a pattern.

This November proved the electoral landscape of this nation has changed forever. Barack Obama proved that. Will those on the other side of the aisle notice? Time will tell.