Race is a factor, but it doesn’t define us 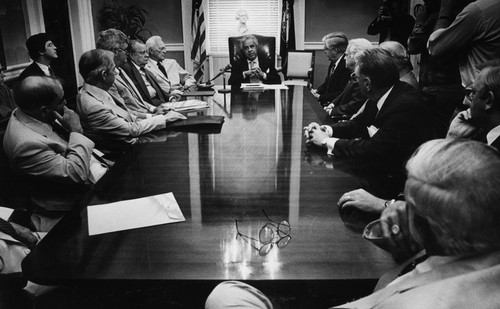 sidential election, most recently by Sen. Louise Lucas of Portsmouth. She says Mitt Romney “is speaking to a segment of the population who does not like to see people other than a white man in the White House or any other elected position.”

I know Louise Lucas and helped her win her first senate victory. She was and is a friend. I made a contribution to her from the “underdog fund” I had created after winning the office of lieutenant governor. She has also called for a “national discussion on racial issues.”

On being asked to comment on same, I want to make some preliminary clarifications.

I have been honored to be the “first” person of African descent to be elected to hold the position of governor of an American state. But I hasten to add that for over 20 years I was unsatisfied when I was introduced as the “first black person elected governor in the United States. How can one have a first without a second? Then in 2006, I was made the first by adding a second, my friend Gov. Deval Patrick of Massachusetts, who is now settling into his second term.

Was race a factor in 2008 in Barack Obama’s election for the presidency? I think so.

The real question is, in all three of these elections, especially for the people of Virginia, what role did race play and what was the outcome? In addition to the candidates being victorious, for those elections, racism was defeated.

There may be some critics of President Obama who are motivated by racial bias, but I know of some Democrats as well as Republicans who have other reasons for opposing his re-election. Many of these Republicans were prepared to vote against the president whether Romney was the nominee or not.

Barack Obama’s race has not changed from 2008 from one election to another. The voters of the southern states of Florida, North Carolina and Virginia gave him victories.

Will there be the presence of subtle racism in this election? I would be surprised if there were not. You don’t combat racism by playing at the level of the racists. You deal with the issues at hand and appeal to all of the people.

Since 1989, I have gotten a question constantly, as many people must often have to answer it: Have black people in America “arrived?” Two black men have been elected governor of states. The United States Senate has counted black men and women as part of its membership. Black men have sat —and do sit — in the leadership of theU.S. House of Representatives, for both parties. And most glaringly and obviously, the people elected a black man to serve as President of the United States of America.

So, have we “arrived?” I don’t think we will ever find the answer by looking at political leadership data points.

The health and advancement of a community of people can’t be judged by whether any particular man or woman holds a single seat in a boardroom in New York or even an oval room in Washington. To do so is too easy, too lazy and leaves too many people behind. Our view needs to be more layered and more complex than that.

Should there be a “national discussion on racial issues?”

As slavery ended, the Emancipation Proclamation served as the ringing of a big bell, which announced to enslaved Americans in rebelling states that they were finally to be given what should be a natural right for all men and women: freedom.

But as our people were to see over the next few decades, despite President Lincoln’s proclamation being enshrined in the Constitution, it was not yet a full American freedom that had been bestowed in practical fact to match the beautiful words.

What was needed was the ringing of a second bell. That happened in 1954 with Brown v. Board of Education, and continued through the 1960s with the Civil Rights and Voting Rights acts. Has the bell been rung since then? Certainly it has. As I pointed out earlier, a former Confederate state elected a black governor, and the entire country elected a black president.

Those points in time represent a further ringing of the bell.

We prize this nation’s mores and values that push us continually to live up to the ideal of freedom — sometimes despite ourselves — but they are not easy or to be taken as a given. We must work toward them every day; otherwise they will wither.

There is no substitute for education and I would favor a national discussion on the need for education in our schools, homes, churches, mosques, and synagogues. The education I speak of is to inform young and old Americans on a continual basis of just who are Americans. Race does not describe nor define Americans. We should have them committed to the proposition so eloquently described byMartin Luther King Jr., “That we should not be judged by the color of our skin but by the content of our character.”

The piece originally appeared in the Daily Press on August 4, 2012:http://articles.dailypress.com/2012-08-04/news/dp-edt-wilderoped-editorial-20120804_1_election-for-lieutenant-governor-black-men-racism