I want to quote from a portion of an op-ed that I wrote for the Richmond Times Dispatch that was published in February of this year. 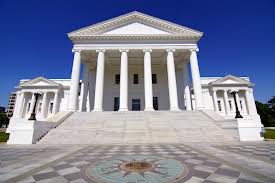 Former Governor Robert F. McDonnell expressed an appreciation for the importance of us telling this story, and the appropriateness for that to take place in Virginia and its capital city when he included funds to make it happen in his final budget. Leaders in the General Assembly and Governor Terry McAuliffe have been right to keep the effort moving forward. These actions are historically responsible, and as Virginians we should be proud to walk down this path. With the nation a mere five years from commemorating the 400th anniversary of the first African Americans being brought to North America for servitude in 1619, we have no time to waste. The events of 1619 inexorably shaped the history of America’s founding, and continue to ripple through to this very day. And though slavery was not codified in Virginia for those Africans for another 50 years the first Africans arrived on these shores in the “Red Letter Year,” 1619.”

“The City of Richmond then became the first local government we approached with our interest in locating the National Slavery Museum there. For reasons, yet unknown, the city did not act upon our offered suggestion. The decision was then made, upon a consultant’s advice, to locate elsewhere.”

“As I told Governor McDonnell and the City of Richmond officials, we are prepared to work with the Commonwealth and city to create a sober and reflective remembrance of the 400th anniversary at a facility in Shockoe. The facility that institutional history compels us to create will not merely mark a point in time though; it will be formed to stand the test of generations. It will serve as a standard to ensure no one ever forgets the ignominy initiated on these shores- one that tore families, scarred portions of this great country’s effort to herald freedom and equality, and led to the bloodiest war in American history.”

“So this important piece of Virginia presents the American paradox of darkness and light in a manner that cannot be matched. This patch of Richmond land has the ability to showcase despair that opened to the promise of education and the fundamental freedom it can bestow – even upon the descendents of those human beings once defined basically as little more than chattel by our Founding Fathers.”

I wanted to provide some background for the statements that I propose to make here today. Consistent with what I have reiterated and quoted, it is my hope that the location of the National Slavery Museum will be located in the historic building at 14th and Broad Streets, former home of the First African Baptist Church. A church that newly freed slaves occupied and ultimately designated the naming of same as the First African Baptist Church. It is located at the end of the historic footprint of the slave trail and very close to site of the previous Lumpkins Jail where Virginia Union University was born. The building is presently owned by VCU- MCV, a state facility. I want it to be clearly understood that this proposal is merely in discussion stage at this time.

The National Slavery Museum is a standalone project that is not united with or connected with any other contemplated entity at this present time. The designation in Governor McDonnell’s budget clearly delineates this funding proposal. For these reasons, it is the intention of the National Slavery Museum to further these discussions with the appropriate authorities, including the State Legislature and the Governor, as herein described with the fullest hopes and expectations of the implementation of the location at 14th and Broad Streets.
When a thing is right, the time is right, and the time is now.
############

A complaint was filed against me by Sydney Black on December 11,…