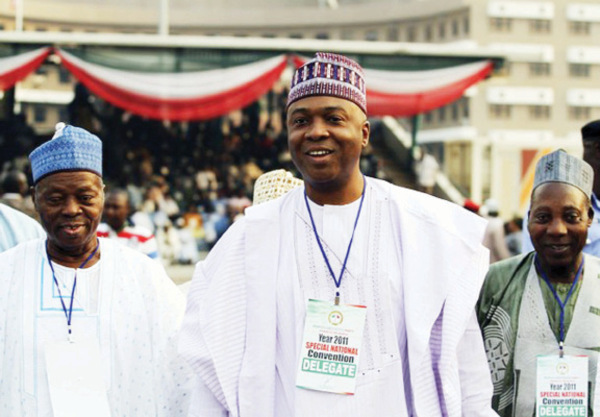 RICHMOND — IT WAS A PLEASURE and an honor to be invited by the National Governors Association — as a former member — in conjunction with the Nigeria Governors’ Forum, to help lead the three-day induction course for Nigeria’s newly elected governors.

I was part of a group that included former Governor Bill Richardson of New Mexico, himself a former congressman, diplomat, and cabinet officer. We were joined by other distinguished facilitators from around the United States — Bill Leighty of Virginia, Cynthia Einenhaur of Iowa, and Brian Condit of New Mexico. Former career diplomat Howard Jeter, a past U.S. ambassador to Nigeria, greatly contributed to our mission, aiding our transition in every way.

The current U.S. ambassador to Nigeria, Terrence Macauley, was most hospitable, and hosted us at his well appointed embassy residence.

I have travelled to Africa before, and in fact led a business-development venture to seven nations on that continent during my tenure as governor of Virginia. When I was the chairman of the Southern Governor’s Association in 1993, I invited the presidents of some 22 African countries to a three-day summit held in Richmond, Virginia. The American governors, and the African presidents and/or their national representatives had a most fruitful exchange that has led to benefits on both sides of the Atlantic. The business community contributed greatly to the success of that joint meeting, and the media gave the event deserved and well-circulated coverage that matched its historic nature.

DURING MY YEARS as an elected official, I thought Africa was important, and I continue to know that to be the case now — especially in light of my experiences over the years on the continent and with its peoples.

Many Americans may not be as aware of this as they should, but Nigeria is an important  nation and a necessary U.S. partner on the African continent. It is the most populated country in Africa, with some 150 million residents. It also is a vital example to it’s African neighbors, having moved from military rule through a period of democratic reform — instituting a new constitution in 1999, which called for more diverse representation in national, state, and local leadership.

Dr. Goodluck Jonathan — an educator by profession and training — is Nigeria’s new president, and we were pleased that he agreed to address the newly elected governors and the returning governors during our Nigeria Governors’ Forum meeting and orientation.

While we were there, something of seeming significance and importance took place.

The recently concluded elections in Nigeria — though marred by some violence and turmoil throughout — have been conducted and overseen by internationally appointed observers who concluded the voting was the fairest and most acceptable in the country’s modern times.

Nigeria’s major political party, the People’s Democratic Party (or the PDP), had some electoral setbacks, but its leaders and members seemed to recognize the inevitability of modern change.

I certainly have no dog in Nigeria’s internal political fights, but I do recognize that as a fact of life there is but one constant: constant change.

A former and quite recent ambassador to Nigeria, John Campbell, has taken a more negative view of the country, and its progress (or lack thereof, as he might categorize it). When I first read of his comments in the Daily Times Nigeria, I was surprised that a former representative of the United States would be insinuating himself in a matter that could have a serious impact our national foreign policy.

I quickly discovered that former U.S. ambassador had written a book highly critical of Nigeria’s elections, that country’s leadership, and its future. I’m not necessarily sure that was nationally constructive for U.S. interests on the African continent.

NIGERIA HAS BEEN a proven friend and ally of the U.S. in a part of the world where we need both friends and allies. Why pull at and fray strings and chords of friendship during this vital hour for both nations? Nigeria’s unique mix of Muslim-Christian culture and religion serves as a case study in resolving contradictions and confrontations. It is a needed example of how we truly can coexist.

Last week, Campbell, the aforementioned former Nigerian ambassador, had his application for a visa to Nigeria denied. I am not privy to nor have been made aware of the reasons for Nigeria’s refusal and denial of a visa application to such a former high ranking American Diplomat. The U.S. State Department has protested the denial, registering its opinion with the appropriate officials of the Nigerian government.

I would like to think that our two countries will continue along the same lines of productive involvement we have enjoyed for these many years. It is important that we do, to be frank.

I hope this blip involving Ambassador Campbell will not interfere with our continuing efforts to build on the kinds of leadership Asishana Okauru, the director general of the Nigeria Governor’s Forum, wants as that nation’s governors create best practices and become better administrators of handling the serious matters of budget, health, unemployment, and other social issues ahead. I was humbled to be asked to play a role.