Is This “Déjà Vu All Over Again”? 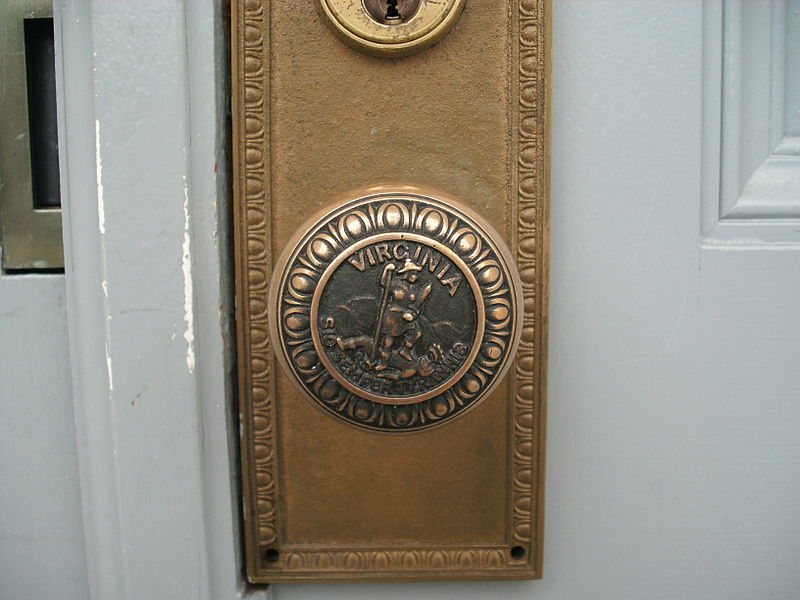 THIS YEAR’S REDISTRICTING plans could unnecessarily short-change minorities in the Virginia General Assembly — and also have unintended consequences for the congressional delegation.

I know how redistricting works. During my time in the Virginia General Assembly and as the commonwealth’s governor and beyond, I have witnessed how a carefully wielded pen can mean the difference between direct political participation or years in the wilderness.

I was a member of the Virginia Senate’s Committee on Privileges and Elections and served as the chairman for many years. That is the committee that deals with drawing Virginia’s legislative and congressional districts. One of the first things we accomplished was to have single-member districts in the state Senate. That means that one can run for a Senate seat from a part of a city or county rather than have to be elected by the entire city or county.

I thought we could increase participation of minorities in the legislature by having single-member districts in the House of Delegates as well, so I introduced a bill requiring the same to be done.

I elicited and got support from many civil rights organizations and community leaders: the NAACP, Jack Gravely being its state director at the time; the Southern Christian Leadership Conference, the group previously headed by Martin Luther King Jr. (the Rev. Curtis Harris was its state director); the former mayor of Newport News, Jessie M. Rattley; and just about all the elected and community leaders in the minority community in the state.

To my surprise we were opposed by the newly elected delegate from Newport News, my friend Bobby Scott.

The legislature, in its infinite wisdom, saw the legal and the practical effects of our actions and comported to our view, which was sustained by the U.S. Justice Department.

We presently have single-member districts in both the Virginia Senate and the House of Delegates. That fact accounts for several minority members of the Assembly being there who otherwise would have had a difficult — if not impossible — task of being elected. And, honestly, not all of the reasons that would have complicated their electoral victories can directly be attributed to race.

BACK IN 1990 WHEN WE WERE drawing legislative lines, it was presented to me that Virginia could have a map drawn that would see potentially 10 black members of the House of Delegates elected. For me, that became the smallest number of districts I would accept. The Senate voted for three majority-minority districts, and the House voted for eight majority-minority districts instead of 10.

I like to think that the addition of those members from these districts has added to the impact of decision-making regarding the appointments of judges and other positions of authority in our commonwealth. Numbers do count, and the improvement of those numbers helps in the ability to influence and enlist others to your cause.

It was not until 1967 that Virginia saw end to an all-white General Assembly when William Ferguson Reid was elected to the House of Delegates from an at-large district in Richmond and Henrico. He was joined two years later in the House when Norfolk’s William P. Robinson Sr. was elected in 1969. My election to the Virginia Senate the same year from a Richmond at-large district integrated that legislative body.

As a result of our inclusion in the legislative process, we were then able to get the Assembly to select the first-ever judges of color to the commonwealth’s district and circuit courts. Never before had lawyers looked up to see non-white faces on the bench — and because of our election that changed.

VIRGINIA MUST COMPLY with the strictures of the Voting Rights Act. That means this commonwealth is not allowed to dilute the political strength of minority voters. Fewer than 10 districts in the House and five in the Senate in 1990 seemed to be unnecessary dilution to me.

I was shocked to discover that the Legislative Black Caucus wasn’t at all interested in having the maximum of 10 majority-minority House districts and five majority-minority Senate districts drawn. Its members told me they were happy with eight and five. I let it be known that was an unacceptable conclusion.

So how far have we advanced during the 20 years since that regrettable episode in Legislative Black Caucus history?

Recently, the Virginia Legislative Black Caucus was made aware that as many as 13 majority-minority House districts could be drawn during this round of redistricting. The reaction of the caucus is puzzling. The scene was almost a perfect reproduction of what happened in 1990: Its members are willing to settle for 12. There also could be a sixth minority Senate district.

Is less representation in the General Assembly a better result for the constituents that the members of the Virginia Legislative Black Caucus purport to represent?

I served as the first chairman of the Legislative Black Caucus, remaining in that position until I was elected lieutenant governor of the commonwealth. I do not impugn its motives or question its sincerity. I have many friends among its members and have campaigned and helped many of them win election. I just hope they don’t forget how some of them got to where they are.

THE CAUCUS IS COMMITTING news by asking that a “second” black congressional district be created in Virginia. To get to that result, the caucus’s plan reduces the black population in now-U.S. Rep. Bobby Scott’s district from 53 percent to 42 percent.

The current chairman of the Virginia Legislative Black Caucus is represented in the Richmond Times-Dispatch as having said of that result that she “thought Scott could win in a 40 percent black district.” When Scott ran in the district which looked like the one they presently propose, he was soundly defeated by then-Rep. Herb Bateman. There is no guarantee or great probability that a black candidate can win this new 42-percent black seat.

The rumbling around this plan is akin to a storm with a good deal of thunder but no lightning. In the end, Virginia likely winds up with one black member of Congress — and if the present situation stands, only 12 (instead of 13) members of the House of Delegates.

I remember my conversation with Bobby during the period when I was proposing the composition of the congressional district that he currently represents. He said that he thought he could win with a smaller number of minorities in the district. I said, “But I am not proposing this district for you — but rather for any minority advocate for the position.”

Who is looking out for the people when politicians gather in Richmond?

Perhaps it will be that 13th member of the House of Delegates from a majority-minority district — if that person ever is able to get her name on the ballot so she can turn the doorknob of the Capitol as a member.